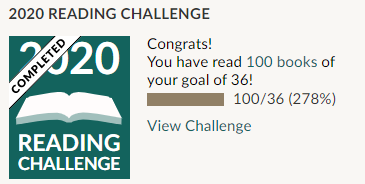 In March my university moved work to remote office pretty early in the year, which allowed me to plan my day more freely. The less nice thing is, of course, that my productivity in terms of work output sank (I really enjoy my work, and even though it comes across as a tedious chore, I don’t mean it that way); some days quite a bit. Reading feels much more meaningful in these moments of motivational dearth than e.g. aimlessly browsing the internet. So in a way it’s sometimes ‘easier’ to stop browsing the internet and get back to work than stop reading and get back to work, because reading is a fulfilling distraction. Luckily, work is mostly a ‘fulfilling distraction’, too,

I made some comments last year on how I try to achieve a diverse reading list. In a nutshell, whereas I think it’s important that inspiration or a particular interest should grow organically (unlike a hard-set quota), a de-biasing process is also important, because whatever comes organically is still influenced by society. Getting rid of these pre-conceived notions is a good thing, even though it might look like a quota at first. More complicatedly, as I put it in last year’s blog post:

The intuitive/’random-gut-feeling’ selection process is a manifestation of the (here white patriarchal) society I was raised in and the overriding urge to de-bias the reading list is a [(feminist, anti-racist)] reflection on said society that counteracts it.

[I would add that: This ‘reflection’ still dialectically purports the ramifications of the subverted system via negative space, but at this point I don’t know how to embody higher-order anti-oppressive actions from a theory POV.]

As I also ‘teased’ last year, we had an afrofuturist reading group during summer, for which I was able to buy all the books for the participants, due to a small grant. It was an all around great experience (read Butler, Jemisin, Okorafor, Du Bois, Womack) and you can find my small report here (in German).

Officially suspended: 7 [books I put on the suspended list]

De facto suspended: 6 [books I didn’t touch for a while yet refuse to put on the suspended list] 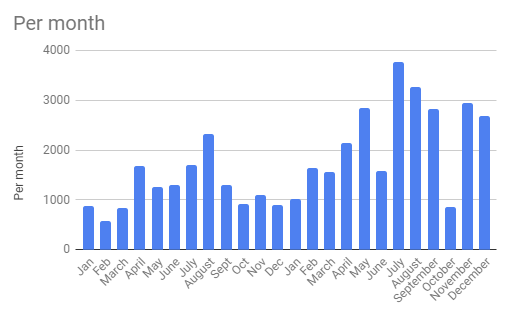 The first half is 2019, the second half is 2020. June seems low but that’s just an artifact of the binning, because I track the books only over months. I want to say that the trend correlates a bit with corona but what’s statistics anyways. 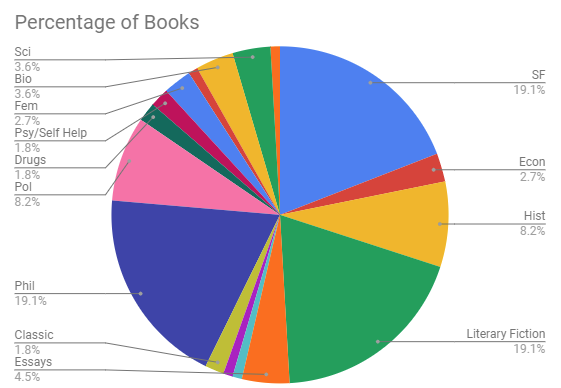 The rating looks a bit like the following. It might be strange that it is skewed towards the upper half (which is a trend that is observable in almost all online review/voting processes). I explain it such that people already know what they might like and their ratings being skewed towards good is an artifact of them being good selectors and confirmation bias (because you want to like what you selected/consumed). 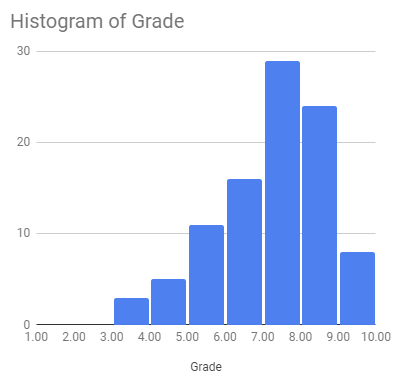 About half (48) of them are nonfiction, which always deemed me a nice mix.

And a tiny comment on what ‘constitutes’ a book. When talking about numbers and “how many books did you read” comes up (apart from the commodifying process that I hinted at above), it also warrants the question, what we “count” as a book. In a way, I don’t want to entertain that idea and by making the definition of a book moot, it’s easier to get away from the ‘commodifying’ process. On the other hand, even in a utopic society where commodification doesn’t exist, people might want to look at progress and set themselves goals to achieve. So essentially, I don’t know. There are three very visual ‘books’ in the list below and two audio courses. All of them took me as long to get through as one of the shorter books (you’ll find a couple with less than 100 pages) at least (I’m aware that I’m commodifying time here.)

Titles in bold were really nice and felt ‘generally’ recommendable.